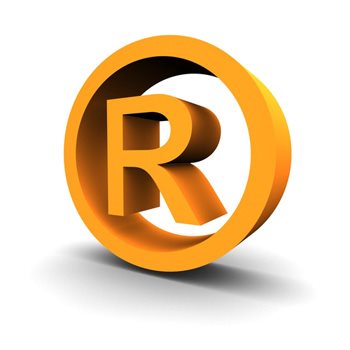 When a company creates a unique logo, symbol, phrase, or any unique visual element to present their product or service to the public in packaging or advertisement mediums, that element is automatically protected under United States intellectual property law.
They may bear a TM symbol or a SM symbol next to the trademark element to indicate this protection. If a company would like added protection and further security, however, they will need to register their trademark or service mark with the United States Patent and Trademark Office (USPTO).
After a successful registration, the trademark or service mark will be recognized by the USPTO and receive federal trademark registration benefits, indicated by a circled “R” after the mark. The circled R is usually presented after the element in a superscript style.
Although it can be written as (R) or (r) due to a lack of a typewriter character to represent the symbol, the registered trademark symbol appears as follows:
[Registered Mark]®
Material which has not received an official registration with any office around the world cannot legally bear the  circled “R” trademark symbol.