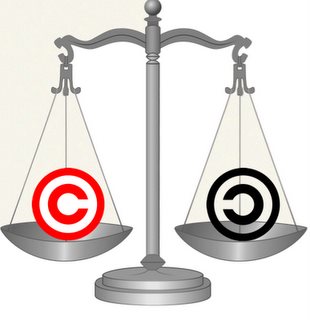 Trademark law, along with
copyrights and patents, form an essential part of intellectual property law.
Trademarks are unique, however, and offer a more abstract form of intellectual
protection. Copyrights protect
tangible forms of expression, while patents protect inventions. Trademarks, on the
other hand, protect a company’s image in the public. Companies build up their
awareness in the public and consumers become familiar with their products and
what they have to offer. Trademarks prevent other companies from offering
similar products with identical images, and in turn, hurting the original
company’s image through consumer confusion. The reasoning behind trademark law
is to provide commercial entities the right to claim an identity within a
marketplace and to maintain it.

Trademarks themselves are symbols, logos, phrases, sounds, pictures or any
combination of these which help provide the public with an identifiable imagine
among the product. When a person buys a company’s product, the product has the
trademark on it, and the consumer is able to connect the quality of the product
with the company’s image. Trademark law is important in protecting the
company’s ability to establish their unique offerings, without it being
diluted, or confused with a similar logo. Trademark law enforces this by
allowing companies to file lawsuits against others who establish similar logos,
pictures, words, phrases, etc., along with identical products to capitalize on
another company’s successful image amongst the public.

The Background of Trademark Law:

The earliest forms of trademarks have been in use for thousands of years.
Modern use of trademarks began during the 14th and 15th centuries, in which
merchants and craft guilds began to formulate monopolies in the production of
goods. Soon, people realized the importance of not only quality products, but a
quality image projected to the public.

As the United States economy reached new heights in the early to mid-20th
century, trademark law took a new meaning. Advertisements became a staple in
U.S. everyday life, helping to establish a company’s image with catch phrases,
symbols, logos, pictures and sounds. Trademarks and ways to protect them became
more important than ever. In an age where most consumers could not tell the
difference between an established trademark and one that was infringing upon
it, trademark law reached a new level of importance.

The Lanham Act of 1946 was soon put into effect in the post-war economy, and
protections against unfair competition and other trademark details came with
it. This act also introduced service marks for companies as marketing became an
essential aspect of successful business.

What is Trademark Law?

When a company is first established, it may formulate a company logo and a
catchphrase to go with it. This is done to help build an identity for the
company with the public. The company may also file the logo and catch phrase
with the United States Patent and Trademark Office to secure further rights in
the use of the logo and catchphrase. Though an unregistered trademark is
protected by intellectual property law, it is limited to only certain regions
of the United States. A registered trademark is valid nationwide, and unlike
copyrights and patents, which last only a limited amount of time, trademarks
can last indefinitely with continued renewal.

With a trademark established, the company may begin to offer the public quality
products. In time, the quality products will become synonymous with their logo
and catchphrase. When this has been accomplished, their trademark now has
equity to back it up and it becomes desirable. If another party comes along,
which offers similar products, and creates a logo overly similar to the first
company’s logo, a trademark infringement lawsuit may be brought up against the
emerging company. Trademark infringement occurs when a company offering similar
products has created a similar trademark with the intent on creating customer
confusion among the companies. As a result, the initial company’s reputation
may be damaged by another company’s inferior products. This gives the first
company the right to seek damages for such an event.

A company wishing to use a certain phrase or word may have their trademark
finalized by fixing a “TM” next to the mark. This shows that it has
been established but not yet registered. Also, any other company in another
region of the country may use the same mark. Any company wishing to use a
similar phrase or logo for their company should look for an encircled
“R”, which shows that a company has registered their trademark and
cannot be infringed upon without severe penalties.

Trademarks give individuals, companies and other entities protection over valuable intangible assets. These assets
can include names, symbols, logos, phrases, sounds or any combination of these
which a company uses to present their products and services to the public.
Other entities are not allowed to create similar marks which may confuse the
average reasonable customer into thinking two unrelated products are from the
same company. Trademarks cannot be diluted either in an effort to devalue a
company’s name, product or image. Trademark laws have also updated to include
the protection of internet domain names. Some trademarks may also lose their protection or be ineligible for a variety of reasons.

Trademark infringement refers to the violation of rights offered to exclusive
trademark owners. Trademarks are owned once them have been used in commerce or
once they have been registered by the United States Patents and Trademark
Office (USPTO). Once a trademark is owned, only the owner can use it to make
profits or identify their company. A violation of trademark rights is illegal
and is actionable in civil court. The United States is currently operating
under the Lanham Act of 1946 which prohibits trademark infringement, trademark
dilution and false advertising. Trademark infringement takes place once there
has been a likelihood of confusion among consumers due to similarities between
trademarks.

Trademark dilution is the blurring or tarnishment of a famous trademark. The
Trademark Dilution Act of 1995 stated only famous trademarks could sue another
entity for dilution of their trademark. When the public’s perception of a
company is blurred because their trademarks are too similar, dilution is taking
place. Also, if another company offers low quality goods or services while
using a trademark similar to a famous company’s, tarnishment is taking place. A
likelihood of confusion is not necessary for proving dilution has taken place.
A mere loss of uniqueness is enough to win a civil trial over trademark
dilution. The penalty for committing trademark dilution is most often just an
injunction against the use of the trademark causing the dilution of another.

Passing off is a common law tort covering the area of trademark law, to be
distinguished from statutory trademark infringement. Passing off refers to the
misuse of another good or service provider’s trademark to the end of confusing
or deceiving the public. This may occur by presenting one’s own products as
those of another provider with a reputation for high service, or by presenting
another provider’s products as one’s own creations. A case of passing off may
be dealt with in a civil suit, and does not confer rights of ownership related
to intellectual property. According to American common law, trademarks are
intended to indicate the source of a good or service, allow the source to
develop a favorable reputation for quality of services rendered, and allows the
availability of such services to become known. English common law administers
passing off torts according to the presence of elements referred to as the Classic
Trinity, comprising goodwill toward a service provider, misrepresentation
related to the service, and a consequent reduction in the goodwill.

The Trademark Act of 1881 was the first federal statute to provide for the
protection of trademark rights within the United States. Congress enacted the
law based on its power Article 1, Section 8, Clause 3 of the Constitution to
regulate interstate commerce. The
Act allowed for the registration of trademarks in the United States as were
used in dealings with foreign nations or with Indian tribes. It allowed the
common law provisions which had long been in effect in individual states to
govern the protection of trademark rights within their borders. Trademarks
registered under this act could enjoy protection for periods of thirty years.

The Lanham Act of 1946 is essentially the main core behind the United States
federal trademark laws. The law was signed by President Harry Truman on July 5,
1946, and enacted exactly one year from that date. The Lanham Act provides for
the federal statutes that govern all aspects of trademark law, such as federal
registration, restrictions and regulations, and international concurrence and
implications of international trademark laws. Though there has been federal
trademark legislation in place before its inception, the Lanham Act was the
first to accurately provide for the necessary provisions and be successful in
the regulations of trademark laws at an interstate level.

The Trademark Dilution Act of 1995 provided for the first federal
considerations regarding a particular type of trademark violation, known as trademark
dilution. Trademark dilution is the use of trademark that may hinder or damage
the reputation of a famous trademark, regardless if the new mark is in direct
competition in the same product market or causes product confusion to
consumers. Before this new statute, trademark dilution was regulated by state
and local laws, and provided for their own considerations as to what would
constitute dilution. However, the need for a federal and cohesive application
of trademark dilution became necessary because only a total of 25 states had
laws implementing trademark protections against dilution. As the years passed
by, The Dilution Act would essentially be replaced in 2006, with the Trademark
Dilution Revision Act, signed into law on October of the same year, which would
amend and improve on many of the statutes and regulations of the first Dilution
Act.

The Trademark Dilution Revision Act of 2006 arose out the confusion surrounding
the concept of trademark dilution. The provided guidelines in the Lanham Act of
1946 did consider provisions for dilution, however, they proved to be
inefficient in terms of enforcing them in legal disputes. State laws also
provided their own guidelines as to how to handle trademark dilution issues,
though not all states had actual legislation in place; only 25 states in the
United States had laws concerning trademark dilution. Therefore, the need for
an effective, cohesive, and comprehensive set of laws governing trademark
dilution became a necessity in order to effectively enforce those provisions;
the Revision Act set out to do exactly that by providing determinate
definitions and procedures to effectively enforce trademark dilution laws.

The Anti Cybersquatting Consumer Protection Act was passed into United States
law in 1999 for the purpose of preventing abusive practices related to the
registration of domain names based on or similar to previously registered
trademarks. Legislators designed the law to address complaints about the use of
trademarks as domain names by people other than the original owners. The law
specified that “bad faith”shown in the registration of a domain name
could justify taking down a website and imposing damages.