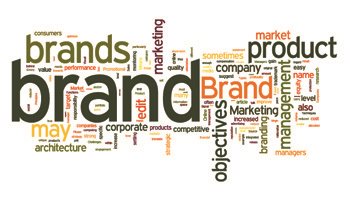 Contained within intellectual property law are three main types of property– copyrights, patents and trademarks. Although copyrights and patents have a primary purpose of providing individuals and entities with exclusive rights of tangible objects of work and invention, trademarks, contrastingly, provide a different type of intellectual property to individuals and entities. Instead of original works, the reasoning behind trademark law is to provide commercial entities the right to claim an identity within a marketplace. The value lies within the entity which the trademark is used to represent. Trademark law not only protects the entity’s image but also protects consumers from false representation.

In trademark law, the actual trademark can take several forms in order to represent a certain entity. A trademark can be a symbol, word, phrase, sound, or picture, or any combination of them used to give a unique identity to the entity and is easily identifiable to consumers. Under trademark law, once an entity claims a trademark and has it registered with the United States Patent and Trademark office, no other entity can use that trademark or any trademark that is similar.

The History of Trademark Law:

Trademarks can be dated back thousands of years, though the modern concept of trademark law was used in the 14th and 15 century. During this time, merchants and craft guilds began to form a monopoly in the manufacturing of certain goods. It was not long before the quality of products became synonymous with their trademarks that consumers identified with.

When the United States was established, trademark law began to take new shape. Advertisements began to become popular, making trademarks more important to companies and entities. New law in US Code, Title 15, Chapter 22 was founded in the Commerce Clause of the Constitution and established the modern U.S. trademark law. Its purpose was to protect a company’s investments in the marketing process and consumers who were at the time unable to tell real trademarks from infringements.

The Lanham Act of 1946 came as a result of post-war consumer activity in a growing economy. It provided protections against unfair competitive practices between companies, and gave a more detailed explanation of trademark law and infringement. With it came also the creation of service marks and the registering of trademarks to give “constructive notice of the registrant’s claim of ownership thereof.”

Decades later, the first major revision to trademark law occurred with the passing of the Dilution Act of 1996. It was designed to protect businesses, dropping the requirement that businesses prove the likelihood of consumer confusion. Also, if a company received value from its trademark, similar trademarks were prohibited from “diluting” its trademark. Further legislation led to the passing of the Anticybersquatting Consumer Protection Act, which governed trademark rights through the internet.